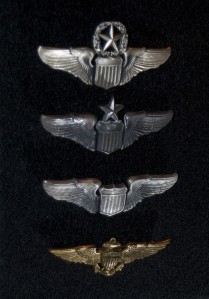 From the top: Command Pilot, Senior Pilot and Pilot of the US Army Air Force. The naval aviator “wings of gold” are really set apart from its USAAF counterparts.

Since the early twentieth century, all of the branches armed forces of the United States have been bolstered by service men and women who are highly skilled, reaching the pinnacle of their specialized area of expertise. From aviators, to paratroopers, to submarine crew members and combat infantrymen, all are easily recognizable by the devices and pins affixed to their uniforms.

Since the advent of military flight and the employment of aviators in war-fighting aircraft, leadership within the ranks realized that there was a need to provide a uniform accouterments to set these special and unique servicemen apart from the rest of those in uniform.

During World War I, the Air Service (U.S. Army) began issuing qualified pilots a winged pin device to attach to the left breast of their uniform blouse. The device was constructed in silver-colored metal (mostly silver or sterling silver or embroidered in silver bullion thread) with two ornately feathered bird wings attached to either side of a shield, which had 13 stars in a field over 13 stripes. Superimposed over the shield were the letters, “U.S.” This wing design would remain in use throughout the Great War. 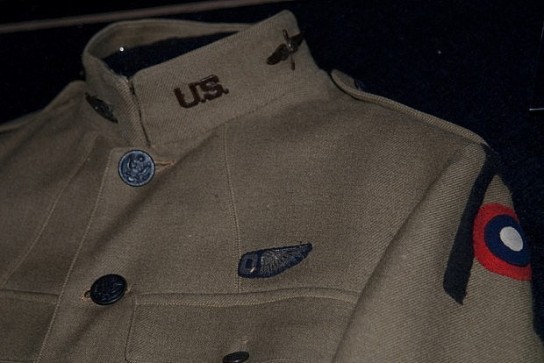 A nice example of a World War i balloon pilot’s single wing of the Army Air Service.

During the interwar period (1919-1941), the U.S. Army Air Corps wings were more standardized, dropping the U.S. lettering and simplifying the design. The shape of the shield became more standardized though it would vary depending upon the manufacturer. The Air Corps also began introducing varying degrees of the pins that signified the experience of the aviator. In addition to the existing pilot badge, the senior pilot (which added a five-point star above the shield) and command pilot (with a five-point star inside a wreath) badges were issued. 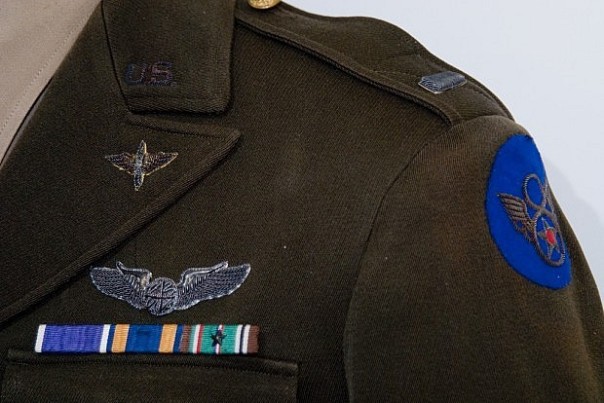 This stunning 8th Air Force 2nd Lieutenant’s uniform has a beautiful example of a silver bullion wing. In fact, all of the (typically metal) devices are made from silver bullion thread. 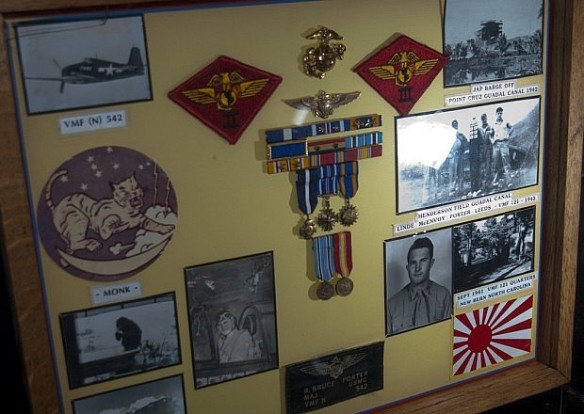 The new naval aviation service also adopted a wing device for their aviators that incorporated a similar design (bird wings attached to a shield with stars and stripes) but with an anchor, arranged vertically, extending from behind the shield with the ring and stock above and the crown and flukes below. Most of these early wings were constructed in a gold metal (sometimes actual gold) or embroidered using gold bullion thread. The navy wings of gold remain virtually unchanged to present day, with variations occurring between various manufacturers.

With a little effort, new collectors can quickly educate themselves as to the nuances of the (World War II to present) coveted, yet relatively affordable, wings. Many of the naval (which include USMC flyers) and air corps/forces wings from WWII can be had for prices ranging from $50-$100 depending on the scarcity or abundance of the variant. 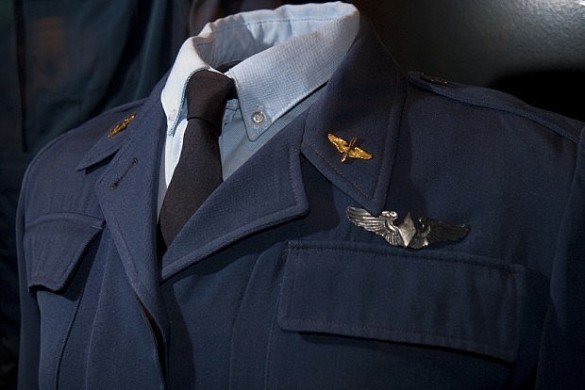 During World War II, women pilots were needed to ferry aircraft from the manufacturers to the troops, saving the experienced aviators for front-line combat. This beautiful WASP uniform features pilot wings.

Due to the incredible desirability and rarity of wings (i.e. extremely high dollar values) from the first World War, these pieces are some of the most copied and faked militaria items. Some of the examples are so well-made (in some cases, by skilled jewelers) that expert collectors have difficulty discerning them from the genuine artifacts. The best advice before acquiring a WWI piece is to consult an expert. Also, be sure that the seller is reputable and will offer a full refund if the item is determined to be a fake.