This Australian-made First Marine Division patch was created for the battle-hardened veterans of Guadalcanal while on R&R in Melbourne Australia (source: Flying Tiger Antiques).

Within the realm of just about every collecting pastime exists undocumented glossaries packed with terms and phrases used to describe certain aspects of that particular genre. For those of us new to collecting, these terms can be some of the biggest obstacles to understanding the ins and outs of collecting, especially as we are trying to navigate our way to better understand specifics and details.

In some instances, terms can be rather self-explanatory (at least for people like me), but still may not make a whole lot of sense. Such is the case with “theater-made”, which seems to be bandied about rather freely.

As I launched into militaria collecting, I saw the term applied to a broad swath of army items, predominantly shoulder sleeve insignia (or patches) dating from World War I to present day. What astounded me was that these experts could spot not only that a particular piece was theater-made, but could tell you where in the world it was made. With certain pieces, a theater-made example could sell for considerably more than an American-made patch. The Australian-made 1st Marine Division patch comes to mind. 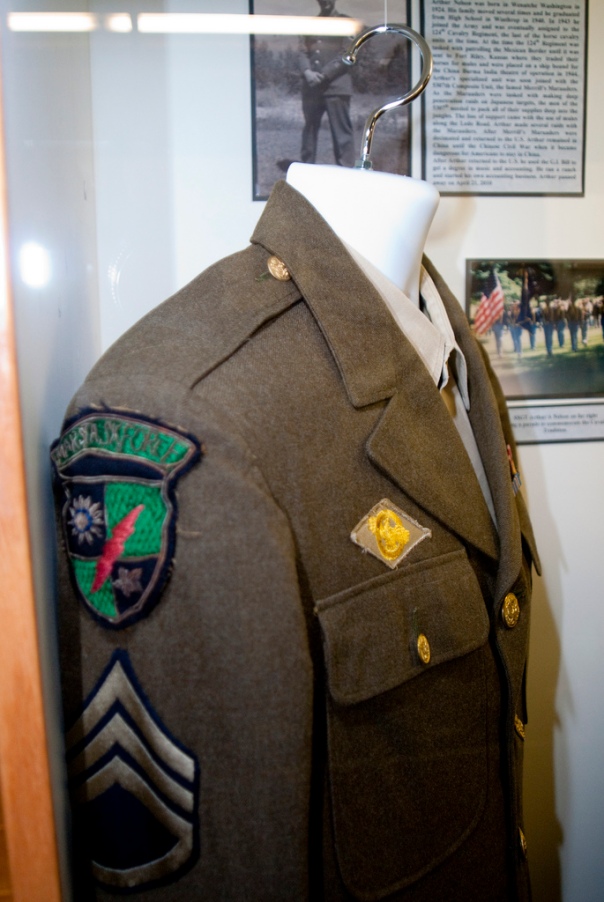 To a veteran of the U.S. Navy, theater-made items seem commonplace. During our six month-long deployments to the Western Pacific, our ships would visit ports in countries such as the Philippines and Hong Kong. During our three- and four-day stays, many of us would take what little money we saved and head out to the tailor and embroidery shops to order custom uniforms or uniform items from the local craftsmen. These special-order pieces add a unique and personal touch for uniforms worn out on liberty or to make us stand out in a positive manner during inspection. However, we never thought of these components as theater-made.

This China Burma India (CBI) patch is one of my theater made SSIs.

Aside from having items made for uniform-wear, armed forces personnel find unique methods for commemorating events, deployments and other aspects of their service. Having patches custom-made to wear on a utility or flight jacket (to document a deployment) was a common occurrence in the years that I served. 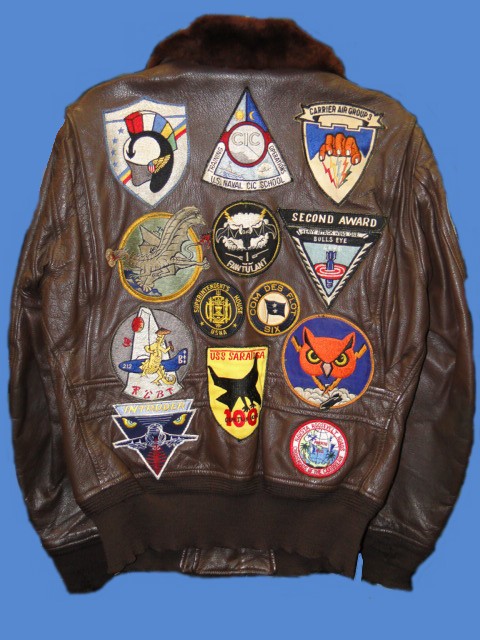 Patched naval aviator jackets were quite popular in the 1960s and again in the ’80s. Many aviation squadron detachments had patches custom-made to denote their deployment and the ship they were attached to.

The patch on the right is the helicopter squadron’s official insignia while the patch on the left was custom-made in the Philippines for the specific deployment (in 1989) and detachment (Det. 5) from the unit.

During one of my deployments, I had this patch made in the Philippines to commemorate our tour to the Persian Gulf. The embroidery was done with a machine that was free-hand (rather than computer-controlled) leaving a more rudimentary interpretation of my design.

As some of the custom pieces are slightly more rudimentary in construction, forgers tend to leverage that to their advantage. When collectors begin to pursue what are being passed off as theater-made items, they must have some sort of education before pulling the trigger to protect themselves from being deceived. Learning how to discern the difference takes time in comparing known, genuine items against pieces that have far too many variances can be a lengthy educational process. One of the stumbling blocks that many inexperienced collectors do is to subordinate their judgement to that of experienced collectors, relegating their decision making to another person without allowing for knowledge transfer – not asking the questions in order to learn for themselves.

I am still learning how to tell the difference with patches from earlier eras (WWI, WWII and Vietnam) and seeing that there are a lot of very well-executed fakes (sometimes branded as “reproductions”) that fall onto the market with little or no description and a fair amount of deceptive language leaving the potential buyer to make a judgement call. With some patches trading hands for prices for several hundred dollars, con-artists are quick to take cues from the collectors and attempt to replicate (with faux aging) vintage items to sell to unsuspecting collectors.

My father, a Viet Nam combat veteran, wore a patch like this on his OD fatigues in country. I have my doubts as to the authenticity of it as a vintage patch, instead it could be one of the thousands currently reproduced in Vietnam to capitalize on the growing collector market.